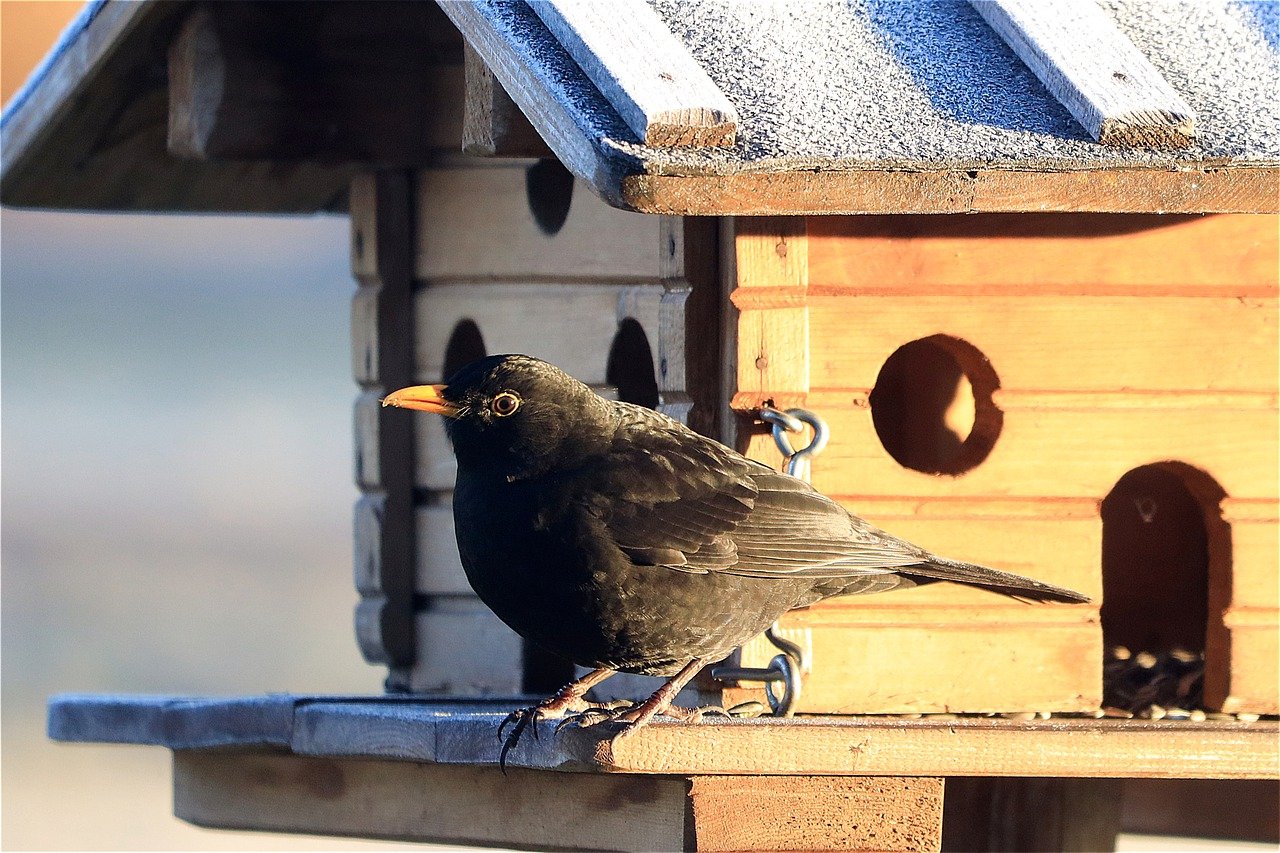 While their regular business is indeed driven by the popularly selling commercial teak wood furniture pieces, specialist suppliers such as Chic Teak relish the prospect of the design and manufacture of some bespoke teak furniture pieces and garden items. One such item would have probably been bird-feeders for those gardening enthusiasts that would love to attract some bird-life to their backyards.

Bird-feeders do much more than just attract birds though, with so many other positive impacts you’ll notice on your garden. They also give you a great feature to enjoy from your teak garden furniture.

Believe it or not, but Mother Nature’s various dispersions in the form of the different life forms, seem to have a much more symbiotic relationship than that which meets the eye. So if for instance, you have some bird feeders that attract more of a certain species of birds, that could also attract other living creatures like bees.

Birds may initially be attracted by the scraps of a specific type of feed you put in the feeders, but that doesn’t mean that’ll be the only table at your buffet they’ll sit at. They might take the opportunity to dig up worms and follow the bees in helping to cross-pollinate your plants, all of which comes together to help your garden flourish.

The many different colours of the different birdlife your garden’s birdfeeders attract will instantly add some natural beauty to it. It’s not just the visual beauty which you’ll appreciate, but also the auditory beauty. There’s nothing like some bird chatter or outright songs to complement something like a light wind blowing through a certain type of tree!

Things to watch out for

As much as birdfeeders would naturally be built to attract and feed birds, their subsequent attraction of other animal species can also include some undesirables to watch out for.

Birds typically won’t make a permanent home out of a birdfeeder, no matter how nice it is. Predators such as snakes might take that opportunity though, so be careful when handling them, like perhaps when refilling.

Since it’s likely in an open-air environment where you’d have your birdfeeders placed, the potential health hazards of dried up bird faeces probably won’t be an issue. Still, precautions should be taken and excessive bird faeces should be cleaned up, particularly in areas such as your decking and on your teak outdoor furniture.

The best wood to use in bird-feeders

Since teak wood has been mentioned already throughout this post, it’s probably obvious by now that this leading, versatile hardwood is probably the best wood to go into the making of your birdfeeders. Sure, some birdfeeders are made using the likes of plastic and other synthetic material, but teak wood makes for a much more natural material which is also very durable, in addition to its natural resistance to pests. Birds will naturally gravitate to wood has it’s just another natural element they instinctively trust.